Since the first version in of the review in 2017 I have had a lot more experience with this helmet, there are some flaws that should need to be addressed.

I have used the helmet since summer 2016 and now it’s spring.

This helmet is probably one of the most popular & reviewed helmets out there but here is my review. I was so satisfied with this helmet I ordered the exact model for the second time.

I will never do mountain biking without a full face helmet,even For just commutes I use this helmet.

The glue failed to rubber skirting, the adhesive is not strong enough to hold it, Fox helmets had problems with this in the past. when you hold the helmet on the chin guard & you will flex the skirting in many directions which loosen it up. but of course, you can glue it back, it’s an easy job

But fixing the chin guard skirting is quite easy:

the next step is to use tape to hold the strips in place.

2018 the  stitching on the strap sleeve tore

March 2018 the plastic visor bolt failed on both helmets, one time it was while riding on the a trail.

So I eventually secured the visor with Gorilla tape.

Some of the paint cracked near the visor mount.

I have not had any issues with this helmet apart for the chin guard skirting.

Here is me wearing the helmet with 100% RaceCraft Plus Goggle, with the old camera setup.

I eventually switched to chin cam, which I managed do do with zip ties and the male part of the GoPro mount.

I used a  2014 model, the shell got loose. and the strap sleeve had damaged button, but this must have been someone in a store that managed to damage it, but with the 2016 helmet I have not had any issues with the buttons, which I was not sure about would hold up, but so far they did, But magnets might be better. If there is anything else I will update you on it.

I strongly advise against buying this helmet.

having a safe helmet is important, this one is not that safe because the adjustment mechanism can fail anytime.

the way it is made it’s impossible for it to not fail.

the first one was a red version, the rear of the helmet had cracked so much that it almost fell off I just ripped it off with my fingers, this was just few months a with riding I never dropped the helmet(of course some in the store could have abused it)

i could not see any serial number,i did not have the place to store the broken helmet so i thrown it away, I cant proof I did not actually break the helmet anyway,but I of course did not.

this did only happen with one of the helmets.

in my opinion every single helmet must be tested before its shipped out and.

i forgot to contact Met about this issue, but I did it now in 2016 bit late I know.

the part in the yellow above is showing the part that fell off,

in my opinion the helmet should not have so many sharp edges and strange forms,it will reduce the protection.

helmet nr.3 the screw holding the adjustment knob jumped out,  it did not happen with the helmet nr 2

and can feel uncomfortable on some heads,

note that this is in no way an attack against the MET helmet company,just facts,info and my opinions 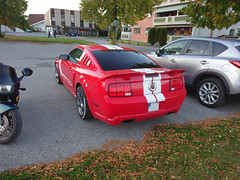 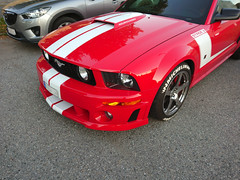 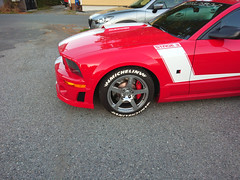 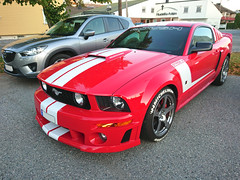 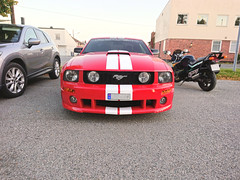 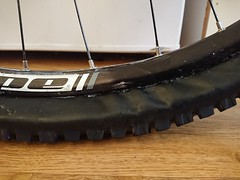 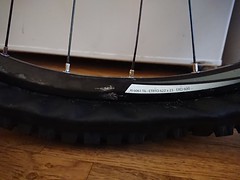 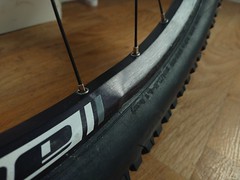 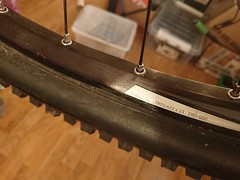 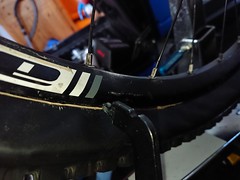