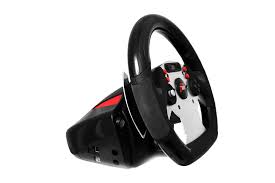 the clamp is have a bad construction there are 2 pins on every clam there are 2 clamps the pins are not secured in any way so too much vibration and they can pushed out after you have used the wheel for a while.

but fanatec have a clubsport table clamp with angle adjustment. all current Fanatec wheels can be mounted to it, and its made of 100% metal.

but if you got a desk with a sharp edge otherwise the wheel will be too loose, but on a desk that have that like a office desk it will be stable, but it’s like that one every wheel. its nothing wrong with it, its impossible to make it worn with a table like that,

like this plate have a edge that fiuts the csr but not if it’s too round or have patterns on it.

something like this will do. the wheel should not move if you clamp it to a table liek the image under, youst look at yourube videos.

the shifter tube thing is flimsy this is not a good construction,, the wheel rim flex.

but the metal tubes make the clamp hold the wheel better.

the is play in the wheel, so i can press the wheel to one side and up,down to one side to the other and so on, it moves more and more,its makes more and more noise because the  plastic parts  are move  more and more. i have recently done some drifting in Assetto Corsa and the wheel was bending mutch, specially the top part. and the sides made clicking sounds.

the dpad is bad, it moves around much when the ffb kicks in.

or when you turn fast., because of that it gets pushed down so you can’t have anything mapped in the game on the dpad.

the t500rs wheel have one stronger motor

, that is stronger than the 3 on the fanatec csr,you can find more about that on the web.

and yes i got the alcentara falling off issue.i playederd Assetto Corsa and rFactor2, if you think about modding there is no point in doing that, better to get a t500rs and mod it.

i dont underestand why there is a limiter that limits the steering to 900 deg fanatec desided to have it 900 only, some street cars have more than 900 deg so it would be nice to have that.

like some lutuses. all of the cars listed here ahve over 900 deg of rotation:

i think this was a mistake to do only 900 on the clubsport wheel, but all the other stuff on it is no mistake,

many people cant deside between t500rs and clubsport wheel.

N on the t500rs it has 1080 degrees, i want to simulate all the cars in the game as realistically as possible,

the msterials used for the clubsport wheel base are a good choise,

the quick reease is a good choise.  the ewheel it sel.

both wheels cost as mutch as a dishwasher.

i think selling t500rs with pedals only is a mistake,

the pedals should have a adapter or usb cable so it could be used seperatly,

Fanatec csr elite pedals, the are ok, i had no issues,if something gets loose jsut tighten the hex cap screws , but his is normal. Do you have ticky brake?, take it apart use bicycle lube, i used weldtite cycle oil, its cheap.

i saw a video where thomas from fanatec used motorex dry bicycle lube on the clubsport pedals.

the pedal-set will slide on a wooden or similar floor surface., so its best you have them taped to the floor, and have them touching the wall., or hard-mount it if you have a simracing cockpit.

worth the cash?:  fanatec clubsport pedals cost little bit but the clutch will me more realistic but not as realistic as you want, then you need to go for gigh-end pedals

Csr shifters : they are garbage

can’t be used as stand alone, but you can probably mod them,i can’t.

if you have a motion simulator,the sequential shifter will shift,because of vibration., even if you dont use motion simulator it will happened, if you drift,the spring is too light.

a shifter should have mutch stiffer spring.

to use both sfhiters you need 2 controlelr mapping setups, and disconect oen shifter and conenct the other one thsi is not a big deal for me, but but the next csr wheelmust be improved, or maybe just discontinue the csr.

Just few small cons that are not very important:

rubber grips wear out,glue on rubber grips is bad,i taken the rubber grips from the csr wheel and put it on the clamp,,it grips better and does nto slide off. 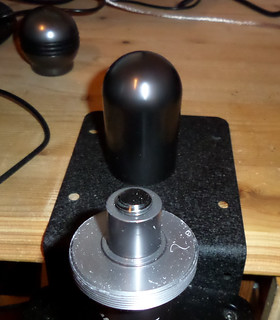 My support experience has been good.

I had issues with some gears not working properly after a while,Fanatec cleaned and greased the shifter, and it works even smoother than the day I got it out of the box.

this is how the shifter knob looks like inside(when you see is CNC aluminium residue,not a big problem but it should not come like this,but i guess only few came like this.
a good review.spot on, but the only thing I would like to add is that the rubber under the clamp wear off fast,i taken the grips from my CSR wheel off and put under the clamp plate and grips the desk better.