I have mostly used this rear dérailleur with 1x setup.

Sometimes I am unlucky and crash or mess up on a technical climb, and this is why the rear dérailleur got some scratches, It had some scratches before the crash, for smaller impacts, but the last crash really shows damage, but it’s only cosmetic damage, so my conclusion is that this is a robust rear able to take a lot of abuse, but the pins and swing arms are not replaceable, So when has play you have to get a new rear dérailleur.

I crashed off a 1 m concrete wall, the cage was grinding against the wall, I had shifting issues, First I thought they might be the result of the crash, But later I found it not to be the case.

I  Did an inspection on the rear dérailleur,  I checked all the adjustment screws I took off the cage and did a service, the cage was bent, So I straightened it, but the shifting issues were still present. So I checked them, but then I checked for play, the rear dérailleur had huge play, so it was definitely the play. causing issues.

but I straightened it, but after few days of riding, I noticed shifting issues, So I checked the all the adjustment screws, but then I checked for play, the rear dérailleur had huge play, so it was definitely the play. causing issues.

after riding few weeks with, there was just too much play to do up-shifts, the play caused the Rd to hesitate on shifts. 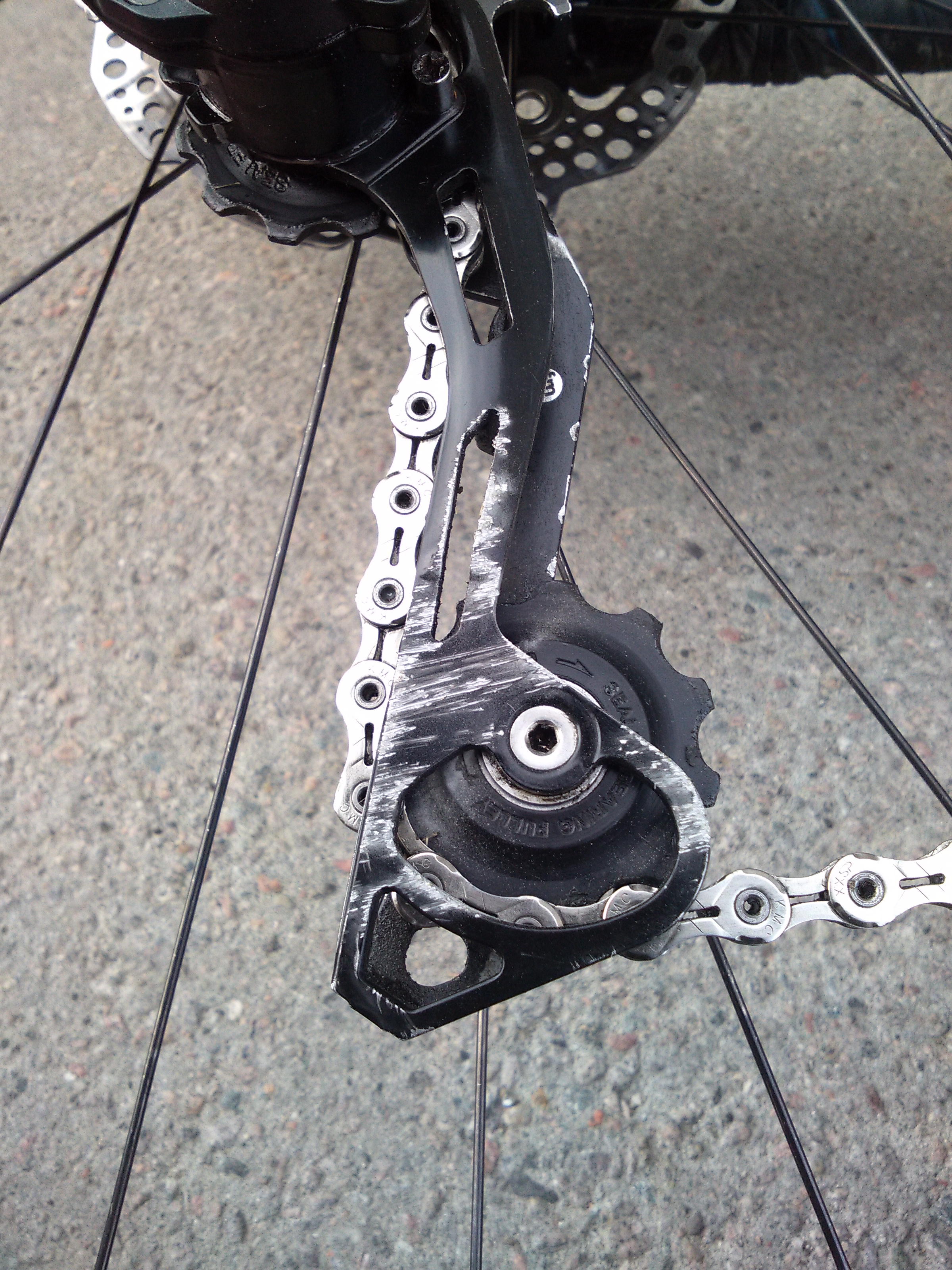 Even upgrading to XT jockey wheels which work better, they are not that great, Hope has better spacers, they are Labyrinth style spacers, so the bearings are more protected against contaminants. 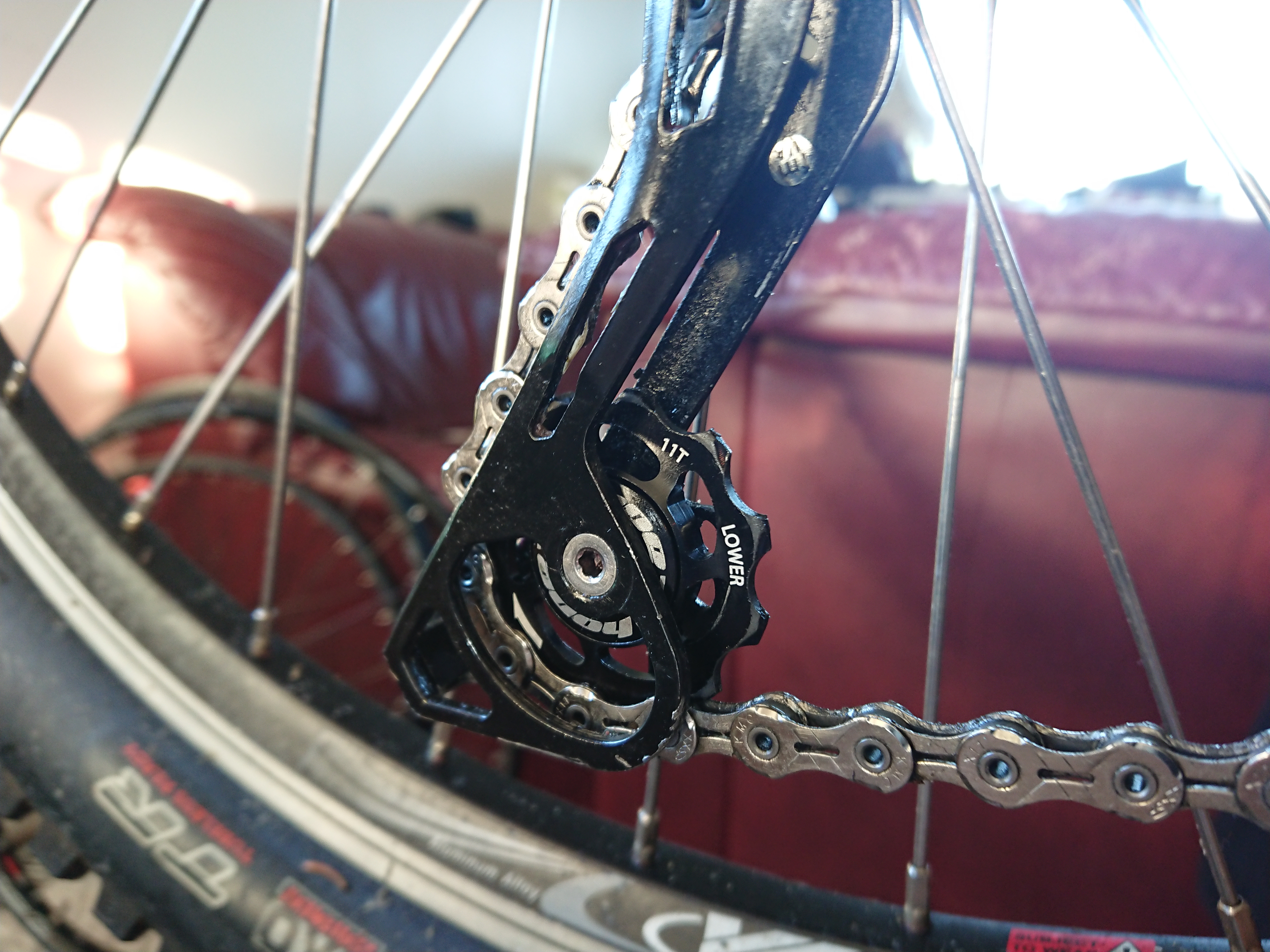 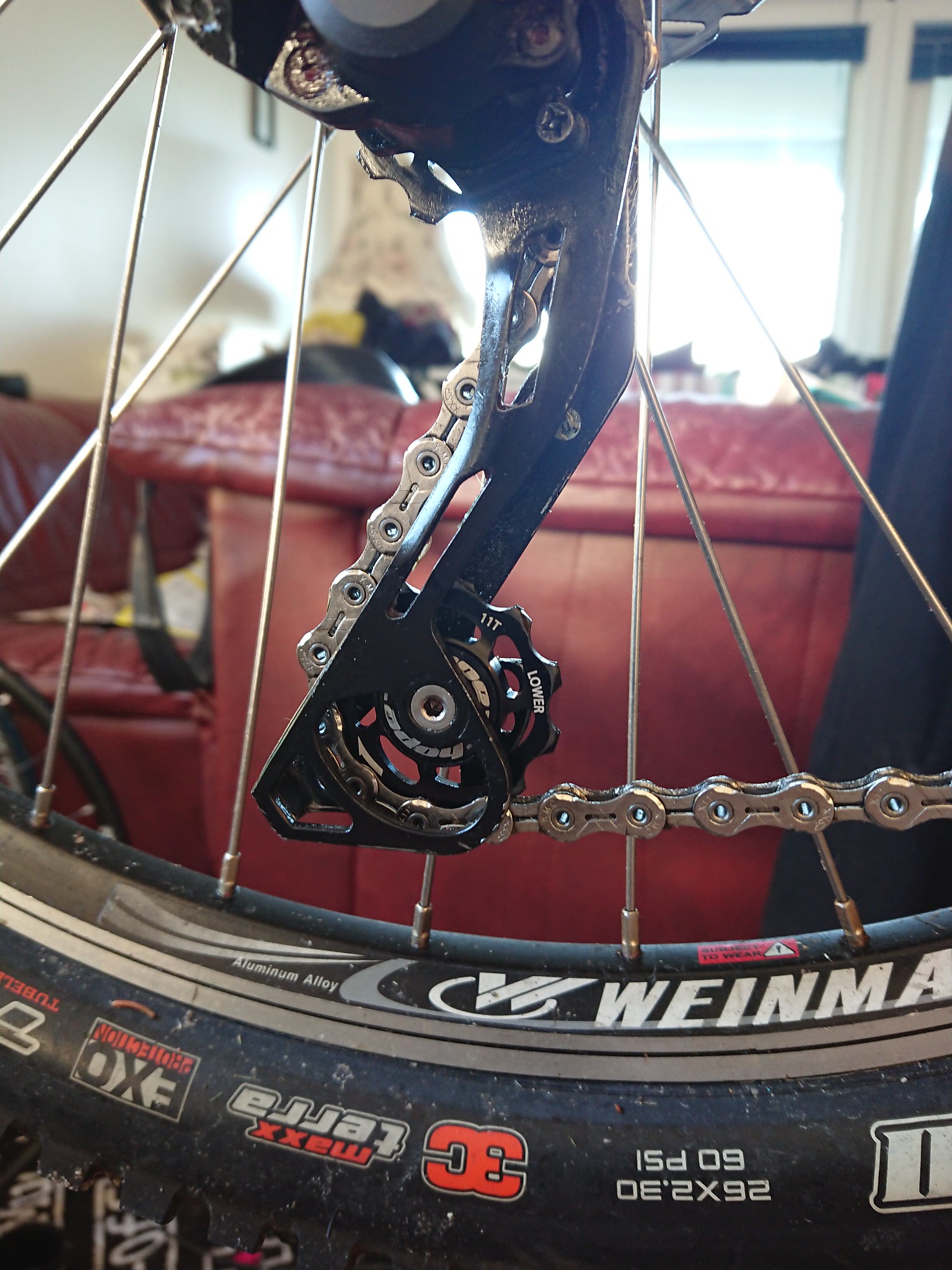