A long time after September 8, 2017 when I posted my 6 months review after using first case I bought I have updated it the review.

First thing I noticed when un-boxing it was the nasty smell of the rubber, which eventually goes away after few days.

the installation is easily done with 1.5mm Allen key,which is a smart design,unlike those cases that just slip on,they are pointless as they would fall off on impact, but the Powerful case can many hits.

I have crashed hard on a asphalt bike path I lost control as my joints slipped twisting my bars to the left I landed sideways on my shoulder and my thigh resulting in damage of my shorts, a hole and a damaged zipper, but the case protected the phone.

I noticed the case has been bent from the middle Allen screws, This might be from the crash, as it was a hard crash.

The case is thick and the camera lens is less exposed due to it being raised, so you won’t scratch the lens glass if you lay the phone on a dirt table or a uneven surface like a asphalt.

Love Mei decided to go for a door for the 3.5 port, but a rubber cover for the USB-C port, it seems like a good choice, but the red door has some play.

I tried to scratch the Screen protector with a Allen key, but it did not scratch.

The protective screen cover is very weak, it does not withstand the abuse I but it trough when mountain biking.

I don’t know what actually damaged the screen protector, But it’s most likely me just riding with the phone in the pocket in my Poc shorts,Which I am pretty sure is the reason.

But the bike path crash I had did not result in any visible damage on the screen protector, but it might have damaged it any way, later I went for some long mountain bike rides, one time the zipper failed, so it was sliding down, which might have damaged the screen protector, or it might have been that I hit my thigh on the Timber bell or the dropper post remote, or maybe it was the flex in the protective case at some point on the ride, I don’t really know.

Video below shows how easy I could take apart the shattered protector.

Love Mei claim the glass is toughened, I have no clue what that means, in my opinion the glass is very weak, it cant withstand too many impacts,but you can of course replace it with something else. if you take a close look you can see the pattern in the layer of the screen protector. The screen protector does not effect the touch sensitivity.

After the failure I bought Panzer Glass screen protector.

it was far stronger, than the original screen protector Love Mei had glued to the case.

The USB C cover shows signs of wear, its rubber so eventually it will wear, I don’t think there is anything wrong with using rubber.

But they offer replacement part

In the video below you can see how where I put my phone while riding: 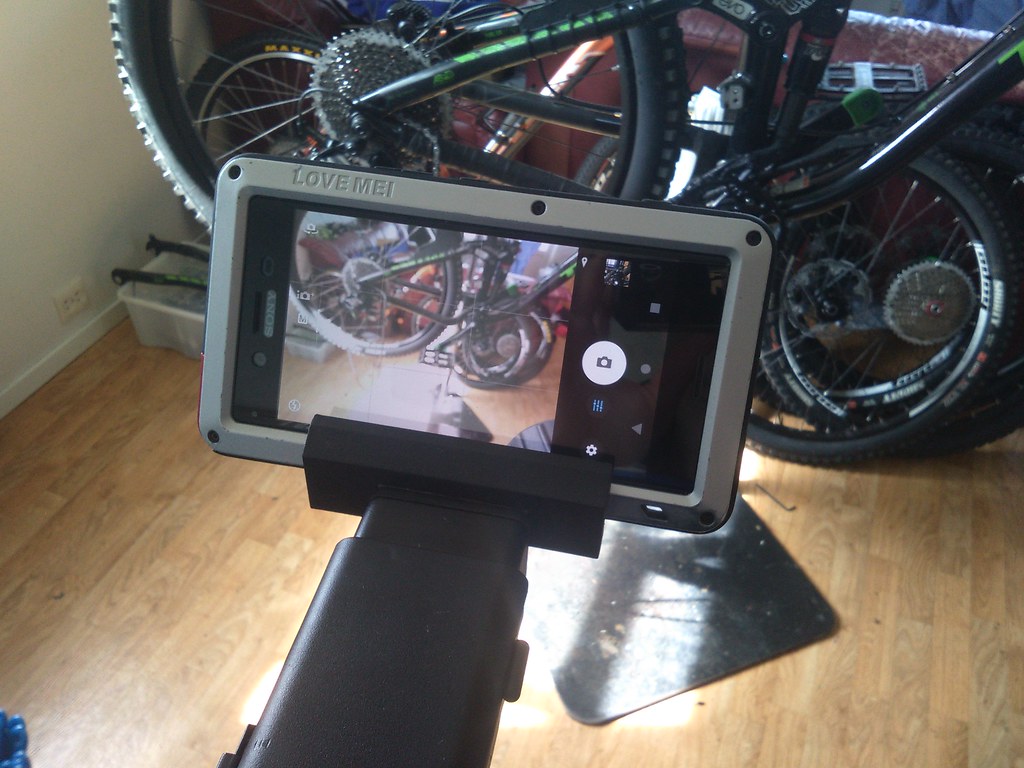 The phone is bit to big with this case, but much better than the tiny Cat S50, way too small, but something with similar case and just little bit smaller, would be perfect.

at the first times I tried using the shutter button I had difficulties with getting it to work, but it was probably just a small alignment issue when I put it together, after few more tries it worked flawlessly.

The case has rubber almost all the way around the sides & the back/rear side of the phone, but they don’t eliminate slipping, they definitely reduce it but , it still will slip, but the raised edges of the case make holding the phone more secure, the edges stops it from slipping.

when taking pictures or filming for example I can securely hold my phone with my trigger finger on the shutter speed, and the thumb in the upper corner, and my left thumb in the other lower corner, or my whole left thumb  up to the right corner which gives good and stable grip.

The rubber buttons work flawlessly and feel great, but as it’s weak rubber it will eventually wear out,I have used it for few month, without any major signs of wear, but I can see the buttons are rounded off a little bit.

I have been using the case in rain and humid weather and I have not had any issues with water coming inside.

The paint job on the plastic front frame scratches off easily, just by taking the case in and out of the pocket, it scratches off with hitting the zipper.

here you can see the second case that is also is scratched up:

The rubber on the backside is meant as a heatsink.

I bought a spare case, in case I manage to destroy one, I did not, but I lost the rubber cover on it, so I took one from the first case I got, which I bent slightly, but I managed to bend it back some, but not perfect, but it eventually got a tear in the rubber where it is clamped.

Both sides of the frame are made of alloy.

Also one the rubber plug on the red 3.5 plug cover fell off, I wore it out so it got too loose I guess.

it is not waterproof, at least not without the original screen protector, so water might get in. this was result of careful cleaning, no water directly to power input, but I got some water on it and wiped it clean, so in rough rain it will get water inside there too.

This case is about what I actually thought of would be, alloy frames bolted to each other, I reduce to use those thin & fragile cases where camera is still not protected enough, but this is not a problem with this case.

If you get this Case get a better screen protector.

So far this is one of the best case I have found, but the screen protector is horrible.

The case works well for me, size is good, I could do with a smaller size, just a little bit smaller could work for me, but not any bigger, I think this might be the sweet spot.

The phone is heavier now, but the protection is worth it.